We receive calls all the time about roof leaks, but too many homeowners rely on temporary roof leak solutions instead of solving the actual problem. In a previous post, we documented that roof leaks are evidence of a major roofing problem.

This homeowner had another roofing contractor come out and use a shim to temporarily stop the roof leak they were experiencing. Unfortunately, the homeowner relied on this shim much longer than they should have because, you can see via the photo below, the shim has fallen out and is clogging the valley. 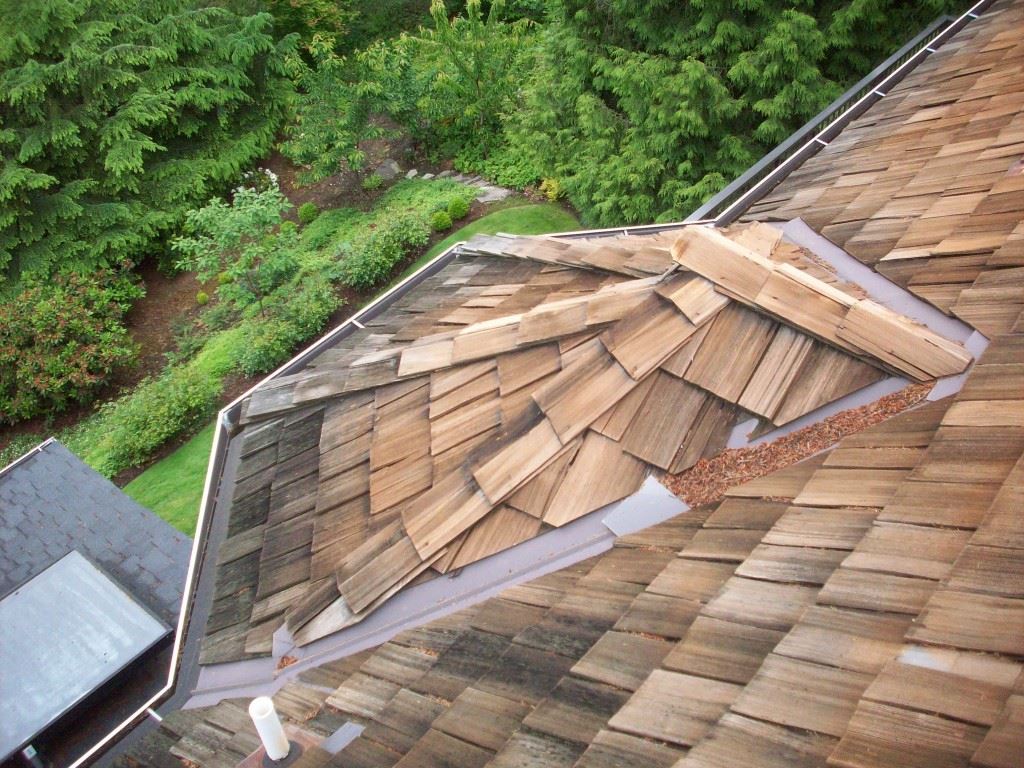 The valley design on this roof is aesthetically appealing, but when they clog it can wreak havoc on your roof. The homeowner finally had Roof Life of Oregon take a look at the roof in July, but it was too late. The debris piled up in the valley, created a dam from the abnormally heavy rain season this year, and then broke under the transition metal at the top of the valley. The water was able to spread and rotted a large section of shakes from the bottom up. The homeowner now needs a partial roof replacement to help fix the dry rot issues they are having.

The homeowner could have prevented this from happening by having their roof blown off and repairing the shakes that started the leak requiring a shim. There is nothing sexy about roof maintenance, but there is something that’s even less sexy. Roof replacement.

Don’t wait till it’s too late call (503) 461-2665 or fill out a form for a free roof estimate. Temporary solutions only create long-term problems and require major renovations if they are not taken care of in a timely manner.