When you have a roof moss problem, any product or solution, that will get rid of the putting green look, is deemed appropriate and necessary. Your roof makes up the majority of the appearance of your home, so any roof moss problem is a big problem. Some of the roof moss control techniques homeowners will use include moss powder and zinc sulfate.

Today, we’ll show you what happens just one year later after applying a roof moss control application that is not endorsed by Roof Life of Oregon:

Based on the roof moss pattern, this homeowner used some type of moss powder in an effort to control the moss. You can see via the photo below that the moss powder did in fact kill the moss in specific spots. That’s because roof moss control applicators, like moss powder, will only kill moss where it lays. You would have to engulf your entire roof with about a six-inch layer of moss powder to have any chance of removing the moss from the entire roof. In essence, your roof would look like one of those Japanese sand sculptures trying to kill the moss. 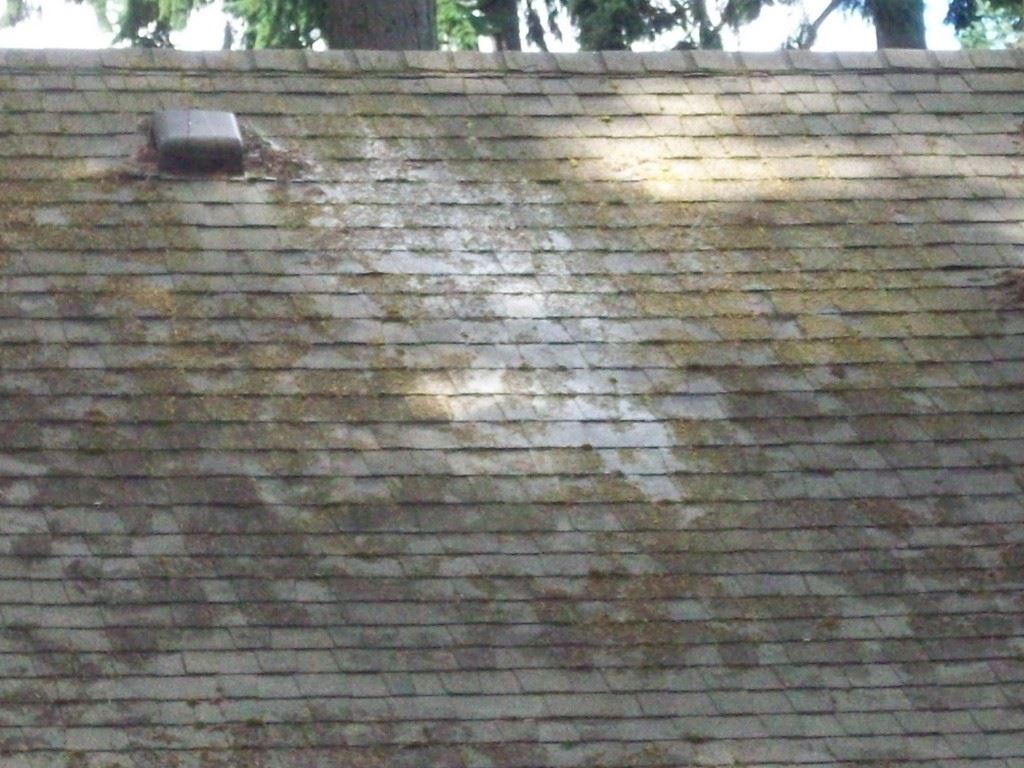 Once the rainy season comes the moss powder would drizzle down your roof, corrode all of your fasteners, corrode and clog your gutters, and kill your beautiful garden below. Additionally, when the moss finally does grow back, because it will, it will be twice as bad. In fact, most powder simply acts as an irritant to moss. It’s kind of like in Gremlins when one of the cute furry little creators came in contact with water. They became a scary, ugly problem that simply would not go away.

If you’re looking for an invasive, highly corrosive, problem-enhancing solution let us know and we can refer you to a few products or companies. However, if you want to kill your roof moss and not worry about it for three to five years while using an environmentally safe roof moss control product we’re ready to serve you. Since 1983, Roof Life of Oregon has been annihilating moss with Portland’s only Sodium Silicate pH-changing roof moss control product. Our exclusive contract with Dennco Chemical means if you want peace of mind concerning your roof, Roof Life of Oregon is your choice. Call us at (503) 461-2665 or submit one of our free roof estimate forms and start changing your roof’s appearance today,