There are so many different parts and pieces to consider when putting a roof together. A Roof Life of Oregon bid may appear to be higher than another contractor’s, but you have to consider – what are they missing?

Before we even give a re-roof estimate, we climb into the attic to check out what’s going on inside the house. It doesn’t mean we are going to catch everything, but we want to know as much about your home as possible so that there are no surprises. 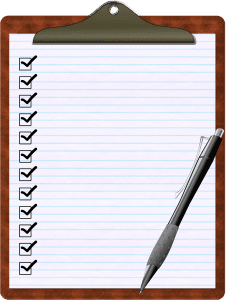 We’ll also climb up on the roof and take a look at every little component to make sure we know what might pose a problem later down the road. Not every company takes those steps to ensure proper installation.

We recently had a client that had a nasty leak. We’re getting ready to go into winter, so he’s freaking out because he cut away the drywall and found that it had been leaking for a long time.

He originally had a shake roof, and thirteen years ago decided to put on a presidential trilaminate in instead. It’s the thickest, long-lasting roof you’re going to find, composition-wise. He hired another contractor to install it and they tore the shake off, put down plywood, and then put the new shingles on.

Well, there’s this nasty area where the two roofs come together into a valley, and it feeds right behind a massive chimney. There’s a gutter that feeds underneath it and a piece of pan metal that all this water has to try to push out. It’s just not working.

The other roofer left the old pan metal and put the plywood on top. So for all these years, it was never correct, and the water has been causing all kinds of rot. If it had been done correctly thirteen years ago, the fix would have cost him $1,500. Because we have to go back now and tear it all apart to fix it, he’s looking at a $6,000 charge.

Why is the other company cheaper? There’s got to be a reason. When you work with Roof Life of Oregon, you know we aren’t skipping steps. We will do things right the first time so that you aren’t stuck paying a higher price down the road.