We believe that if we give our customers accurate information if we’re honest with them, it’s going to come back to us. So, are roofers honest? While we cannot speak for others, we can certainly prove that we are. 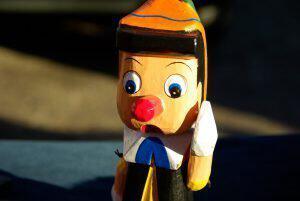 Unlike Pinocchio, we choose honesty​

When we look at your roof, we’re going to tell you what you need to do to get the most life out of it, and sometimes that means doing nothing at all. If we tell you to leave it alone, that means that cleaning it would only take years off of its life. Some companies would go ahead and clean your roof off, just to make a quick buck. That’s not us.

Two or three years ago, a client called us up with a leak. I went out to look at his roof and realized it was a really simple thing. It wasn’t even worth sending a crew out to fix it. I went out to my van, grabbed some caulking, and fixed the leak free of charge. I told him to give us a call if there were any further problems.

Just recently, he called us again with another leak. We had crazy wind this winter, and it had lifted some ridge caps lose, letting water inside. We just needed to clean it up, waterproof it, and install some new ridge caps and can vents.

While I was there, he asked me to check out some moss he had growing on the roof as well. I inspected the rest of his presidential roof and saw that it will last him another five to seven years, but it was not strong enough to clean. There were a lot of areas losing granules and when that happens, you have to leave it alone.

I told him that we could do the repair, but that he shouldn’t put any money into the moss. A few days later, I got a really nice email from him saying he really appreciated my honesty and that when it comes time to replace his roof, we are the only ones he was going to call. To the question, “Are roofers honest?” We can assure you that Roof Life of Oregon most definitely is.

Honesty comes back to you. There are roofing companies right down the street from us that will go ahead and clean the moss off, along with granules, stripping years off of your roof’s life. Roof Life of Oregon will always tell you what will move your roof forward.