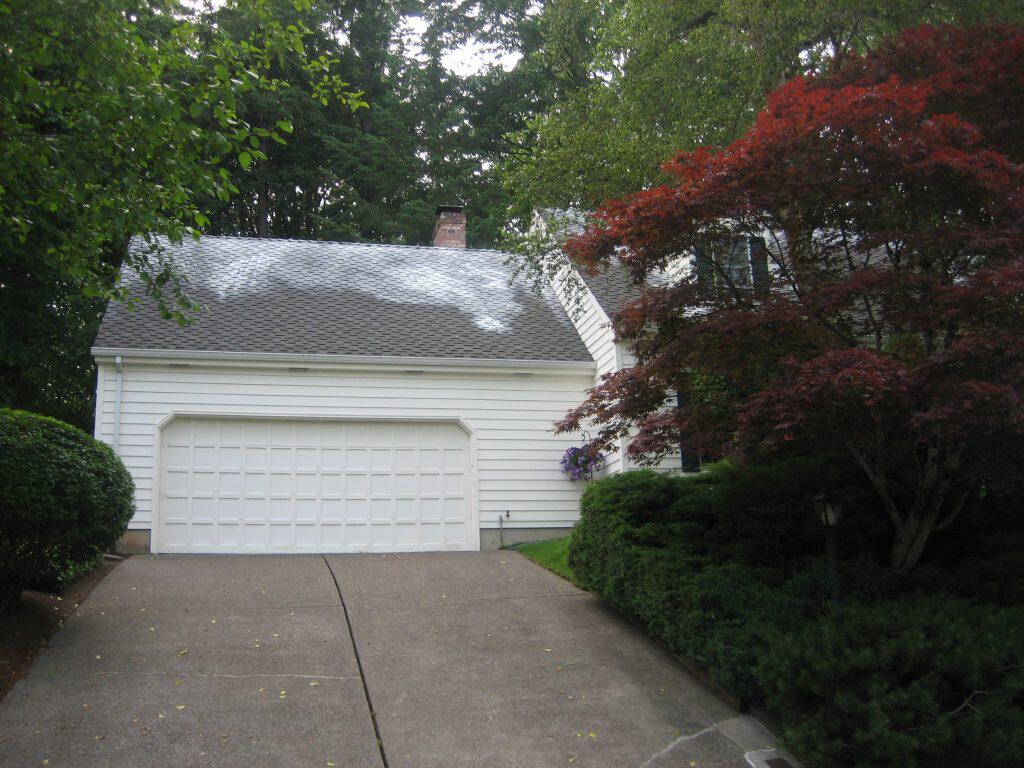 Zinc powder on the roof

We know plenty of people in Portland are using zinc sulfate on their roofs because we see the white powder spread all over ridgelines and underneath drain areas. While zinc sulfate cost is an inexpensive, easy solution, it’s going to cost you in the long run.

We can most likely blame the zinc sulfate craze on its price. A homeowner grabs an inexpensive bag of it and thinks, my roof isn’t too high of a slope- this should be easy! But remember: 98% of roof accidents don’t happen on the roof. They happen during the transition on and off the ladder. These do-it-yourselfers are breaking hips, necks, and arms, and really disrupting their lives.

The thing is, zinc sulfate doesn’t even clean evenly. We get calls nine months after a homeowner has spread it around telling us that the whole roof is streaked! It might really clean in one spot, but it’s overgrown in another.

Another thing to consider is that it never really gets the moss off of your roof. It kills it for a time, sure, but the moss is still there. And that moss is going to cause your roof to run water horizontally, which it isn’t designed to do. When water is diverted horizontally, it will find the staples or nails that are underneath every shingle, and you’re going to have a roof that fails prematurely.

4. It’s bad for the environment

Zinc sulfate is also terrible for the environment. In Portland, we’re considered green; we care about what effect we have on our surroundings. Zinc sulfate is not something you want to be cranking into the streams that feed into the Willamette, which feeds into the Columbia and eventually into the ocean. It severely changes our environment and kills our fish and crustaceans.

So while zinc sulfate may seem like a good, low-cost solution to care for moss on your roof, it ends up costing you a lot more. Call Roof Life of Oregon and we’ll come out and do a well-care check-up on your roof. We can provide you with a long-term solution that is healthy for your roof and our environment.